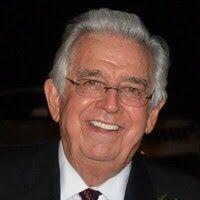 There are always people that leave an impression wherever they go. Jerry Donald was one of these people. He did not just talk about values; he lived his values out loud.

Jerry Donald met Jeanette Taylor in the 1950s. They started dating when Jeanette was in the ninth grade and dated all through high school. Jerry attended Mississippi State University, where he received his degree in Industrial Management. Jerry and Jeanette married on August 3, 1958, and began working at Taylor Machine Works with his brother-in-law, Bill Taylor, and father-in-law, W. A. Taylor Sr.

In 1968, he purchased the downtown division of Taylor Machine Works, which became D & T Services and NAPA Automotive. He later added the ACE Hardware division. He was president of the Winston County Chamber of Commerce and was awarded the first Lifetime Achievement Award in 2003. He served as chairman of the Winston County Hospital Board and the Louisville Utility board. As chairman of the Winston Academy board of directors, he received an award at an MPSA meeting in Jackson as the longest-standing private school board member in Mississippi. He also served on the board of First United Bank and Bancorp South.

Jerry left his mark on his church and church family. He was an elected deacon at 25 years of age for First Baptist Church Louisville, being the only deacon at First Baptist, to date, selected at such a young age. He taught Sunday School for over 50 years, served as a Training Union leader, and served on the pastor search committee. He was involved in outreach ministries and served as chairman of the Rick Hughes Evangelistic board and evangelist John Tierney's Haiti missions.

Jerry left a mark on his family. He was a loving and doting father, grandfather, and great grandfather; and would have done anything for his family. Not only did he spend time with his children and grandchildren, but he also invested time into the lives of many other children in the community, several of who spoke lovingly of him at his funeral.

"Jerry Donald, Uncle Jerry to me, was one of the most studious and studied Christian men I have ever known. As a child, memories of his interaction and his love of watching us have a great time will never be forgotten. As an adult, I served with him on boards and he was always the wise one who had common sense advice when the big decision was on the table. His voice was recognizable in a crowd of any size. Uncle Jerry's discipline to keep himself fit was a trait I wish I had. The most important thing I saw in him was the love of his family and how much his family loved him. Daddy J, as he was called, was special in every way and the only solace of his loss is that he is smiling down with his son Jerry Jr. by his side. He will be sorely missed," said nephew Robert Taylor.

Lex Taylor remarks, "I remember Uncle Jerry as that "good Uncle". He was young enough in my early days when he and Aunt Jeannette lived just up the road from the plant in their tiny first house to always be willing to play with me when we visited. He will always be remembered for that bigger-than-life voice and his infectious gregarious laugh. Those who did business with Jerry Donald knew how much he loved positive cash flow and the value of a dollar. He was a quiet observer at company stockholder meetings but when it was necessary for him to ask a question or make a comment, you better be listening. He will be missed as a cheerleader for the company and Witness for Christ Jesus. "

Many will always remember that Jerry Donald was a man that left a mark wherever he went; many will strive to be more like him; always caring more for others than himself, humble, and a devoted Christian, leaving this world a better place. 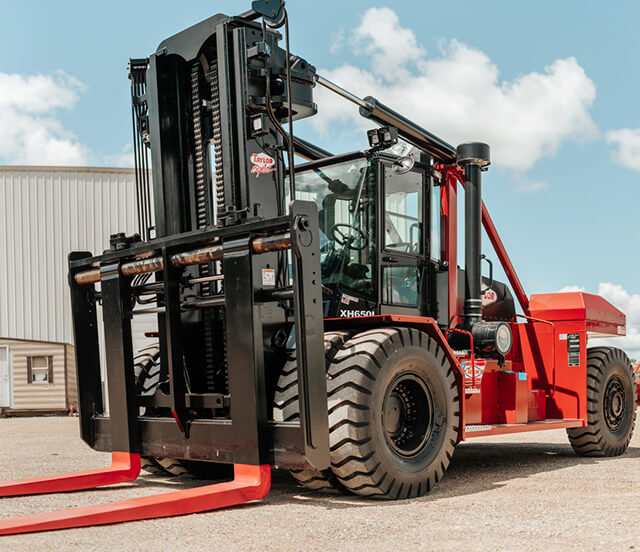 Taylor Machine Works, Inc. is pleased to announce the XH-650L and the XH-700L Lift Trucks. For over 90 years, the Taylor name has become synonymous with purpose-built machines specifically designed to meet the needs of our customers. "These two new models retain full rated capacity when equipped with side-shift carriage and paired with standard spec forks. Combined with the new all steel Taylor DREAM cab, these two heavy capacity liL trucks offer uncompromised durability" said Hal Nowell, Director of Sales.